I’m kind of a wizard at bonding and empathy.

You would be too if you had the childhood I did – moving 16 times before graduating high school. And all I ever really wanted was my own pony. I mean my cousin who’s just a few months younger than me had one. Why couldn’t I? I pleaded for years, but our nomadic lifestyle made it impossible.

Since I had to shrink the time it took to make new friends, I started analyzing human behavior from an early age. (Like how you need to speak and act to fit into the “cool girl” crowd.)

In high school, I was even voted “Most Confident” by the senior class. Boy, did I have ‘em fooled! I was just really good at genuinely making people feel comfortable and understood.

Being a chameleon came so naturally to me, I thought I’d make a swell actress. So that’s what I wanted to be. It turns out I’m actually a terrible actress (although I did make some waves years later on Baywatch.)

Lucky for me I was also a decent writer. My grandmother always claimed we were related to Ralph Waldo Emerson, but that was way before the Internet and I couldn’t prove it was true. So now I’ve decided I don’t care whether it’s true or not. I’m just going with it.

I breezed through any class that needed “words” to pass. Since my parents pooh-poohed the thought of me going to college for a silly acting degree, I agreed to study Journalism. And as soon as I graduated with my B.A., I high-tailed it from North Carolina to California to seek my fame & fortune.

To condense an already too long story, I had minor success at acting but shelved my waitress career to go the marriage route.

Yup. I got married and had two amazing sons. Being a stay-at-home mom was the most gratifying career I’ve ever had. But, alas, with an unfortunate divorce those days ended. I got a job as a high-end secretary… or rather an “Executive Assistant”, if you don’t mind!

I hated it. Not the job as much as being away from my kiddos. So over the next few years I schemed about how I was going to stay home and make money.

I’m pretty sure I single-handedly manifested the Internet so I could do just that! (Go pound sand, Al Gore!)

As luck would have it, my boss retired in 1999. The sky opened up and angels sang! I finally got my opportunity to become a freelance writer working from home.

When I first started, I didn’t have a clue how to run a business AND be the talent. But I learned on the job. I focused on writing press releases, website copy and even doing some virtual assisting for the first few years. I barely covered my expenses.

Then one day a new client asked me to write a 52-week autoresponder.

“What’s an autoresponder?” I asked.

He showed me some examples and introduced me to Gary Halbert’s style of writing. (If you don’t know the “Prince of Print,” let me describe Gary’s style in a nutshell…he was irreverent, ballsy and you couldn’t stop reading anything he wrote.)

I went absolutely bonkers over this genre I’d never heard of before – copywriting.

I made it my mission to learn everything I could because I wanted to be one of the best. I was pawing at the gate like an eager thoroughbred at the Kentucky Derby. Whatever it took, I would do it!

I wrote successful sales letters out by hand until I got finger cramps. I read the classic marketing books like Breakthrough Advertising and Scientific Advertising multiple times. And I started attending marketing events with my super successful friend, Ali Brown. I met and studied with the top gurus like Dan Kennedy, John Carlton and Gary Halbert himself.

I met tons of other incredible marketers along the way. And I gathered all the knowledge I could.

I ending up hiring John Carlton to be my mentor, which was one of the best decisions I ever made.

He never sugarcoated anything, which sucked at the time because I wanted to be told how great I was doing. Obviously, he ended up doing me a huge favor because coddling your mentees only gives them false confidence. I treat people I mentor the same way (although I usually couch my advice a little more gently than John did).

Talking about my career, Carlton once said, “My part was more like simply lighting the fuse on a rocket ready to go. She came out of nowhere, and quickly became one of the most widely-known and respected female copywriters around.”

Thanks, John. I’m proud to say he often invites me to his live events to share the female perspective to this day.

Anyway, my skills started to soar, and people took notice. (I was over the moon when Dan Kennedy approached me to do a product on how to have a successful copywriting business.)

So even though I had a full client roster, I wanted to help other copywriters who didn’t have a system for actually writing. I created award-winning products, and began hosting my own live events.

And it was when I was face-to-face with other business owners at those events, women kept bringing up this same point…

“I hate all that hype. Isn’t there another way to write engaging copy that converts?”

Good question. I didn’t know. Everything I’d studied said NO. I’d learned that human psychology doesn’t change and neither do the copywriting rules.

Still, something seemed off to me…

So I asked my male colleagues about selling to women. I was basically told not to pander to them because those women weren’t my customers. (Never mind that they had actually paid to attend my event.)

I felt in my heart that there was a bigger market out there that wasn’t being served or taken seriously. There were just too many of the same complaints about salesy marketing.

I realized there must be something more.

So I took some time off to do some personal research. And what I discovered really blew me away.

First of all, women are huge decision makers when it comes to the lion’s share of the purchases. Women are responsible for about 85% of buying decisions whether they open their own purse, buy on behalf of family members, or just use their veto power.

They also respond to different language patterns. You have to develop extreme rapport and trust.

How you write copy to women makes a HUGE difference on your conversions.

I took what I learned from the masters and added my own scientifically backed proof to create a unique brand of copy that sells like gangbusters to women. The best discovery was that my style also attracted more male customers!

The result was my one-of-a-kind She Factor Copywriting System*.

Today I devote my time to helping other businesses reach female customers by mentoring, critiquing or writing for them directly. (Sometimes I do all three for my clients!) See the Work With Me page to see how I can help you.

Oh, about that pony…my new partner and I have the best two horses in all of horsedom. My mare is named Solitaire (Soli), and her son is Solitude (Tude). If you’re on social media, you’ll see them featured a lot.

If I’m not working on copy, I’m usually living out my Big Valley fantasies by riding, feeding chickens or shooting competitively.

P.S. I also love being interviewed and speaking on stage about selling to women. Shoot me an email if you want to connect.

Connect With Lo On Social Media

What People Say About Lo 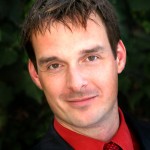 “I’ve made over $19,000 from the copywriting skills Lorrie taught me. Lorrie, no one I know in the industry teaches the principles and techniques of kick-ass, get ‘em-to-buy copywriting as well as you do. I went from a fumbling and confused wanna be marketer to an unstoppable marketing maverick because you showed me step-by-step how to write words that persuade and sell. And I never thought of myself as a “sales” person – I have an art background. But you’re special in that way because you understand what it’s like to be a heart-based person and you are so gifted at showing people like us how to win in the internet marketing game. Thank you so much Lorrie because FINALLY there’s someone teaching copy with a down-to-earth, sensitive approach!”